Today, read a guest post from D. G. Driver, author of Junifer Sawfeather Trilogy. And hey, check out my review here with the first book. You’re going to love this as I do. Mermaids are in it but the story really don’t always on them. It is around them.

Seventeen years ago I started writing a book about mermaids washing up on a beach during an oil spill. It took many rewrites and several rejections before my novel Cry of the Sea found a publisher. It was released in 2014 by a small press called Fire and Ice Young Adult Books. I wrote the novel to be a standalone title. In my opinion, it has an ending. Granted there are some loose threads dangling, but I knotted up the main story and figured I was done.

Apparently my reviewers, readers, and my publisher thought otherwise. “What happens next?” people asked.

“Next?” I scratched my head, confused. This was a very tricky question. The idea of launching into a sequel when I had not planned to write one was daunting. What was it that people wanted to happen? What aspect of the book did they want me to continue forward?

Cry of the Sea is about mermaids, but it’s very different from other mermaid stories. This is a contemporary fantasy, where the real world is touched by the mythical one. In this book the mermaids are presented as if they were real creatures that have lived and evolved in the oceans. They are more fishlike than human. They don’t talk. They don’t have names. The main one in the novel communicates with my leading lady, a teen girl named Juniper Sawfeather, through emotions and telepathy. While my first impulse for a sequel was to dive into a full fantasy novel and explore where the mermaids live and take Juniper on a magical adventure with them, it really seemed like too big of a change from the kind of book I’d already written.

So, I didn’t write about the mermaids for book two. Book two, Whisper of the Woods, opens with the line: “The mermaids were gone. I had to accept it and move on with my life.”

Ack! Did I lose half of my readership? Well, yes, as a matter of fact I did. A lot of people find out that book two doesn’t take place in the ocean and don’t continue reading. Oh, but they should. I promise you, you should continue with the series. I’ll tell you why.

These books aren’t about mermaids. They are about a stubborn, smart, heroic, teen environmental activist named Juniper Sawfeather. She’s half American Indian, and she has a connection with the mythical creatures of her heritage. Cry of the Sea is about her discovering the mermaids and figuring out how to save them from the media and the corrupt oil company. It wouldn’t be believable for her to go to some magical kingdom under the sea for her next adventure and find out that she’s some kind of mermaid princess.

No, she needed to solve another crisis and continue on her personal journey to gain both independence and respect from her overbearing parents. I decided each book needed a new environmental concern and a new mythological creature and that it would remain in the contemporary fantasy – or urban fantasy – genre.

To help with that, I researched American Indian mythology from the Pacific Northwest. This series takes place in Washington State, so I focused on issues in that region. I wanted the next book to ring as authentic as possible. I found a real myth that fit the story I wanted to tell and wrote the next two books around it.

Not only is Juniper not in the ocean in book two, she finds herself in a forest, trapped 170 feet up in the branches of an Old Growth tree possessed by an ancient tree spirit. Why? Well, without giving any spoilers about the end of Cry of the Sea, it is mentioned that their next protest is going to be to protect some trees from a logging company. I could have ignored that, but why? I’d already left that thread out there. I had to continue weaving where it left off.

Whisper of the Woods is a little more dangerous than the first book. It’s a little more intense and spooky. It introduces more of her family and her connections to a reservation along the Pacific coast. It delves further into the relationships she’s formed in book one and introduces a couple new characters. Mostly, this book contains the string that ties the whole series together, a myth about three warriors that are transformed into a merman, a tree, and a stone.

Juniper misses the mermaids, too. She thinks about them a lot during her time up in the tree, and when she learns that the tree spirit and the mermaids might be connected, she becomes determined to find the mermaids again and to see if there is an enchanted stone of some kind. A lone mermaid finds Juniper and shares a vision of a cave tucked into cliffs rising out of the ocean. Juniper is certain that is where she’ll find the mermaids and the stone. She has no idea what terrors await her.

Book three, Echo of the Cliffs, is her most harrowing adventure. She suffers heartache and loss. She discovers grit and determination that she didn’t know she had in her before. The love story intensifies. And there are some mighty, magical killer whales.

Way back in book one I left two little threads about killer whales. One, that her mother learned about killer whales dying of toxic poisons from run-off pollution (environmental issue for book three). Two, that her father told a legend about warriors that transform into killer whales when they die (not telling how this effects the plotline – sorry). As mentioned above, I didn’t write Cry of the Sea with the intention of starting a series, but maybe subconsciously I did. I left myself enough strands of story to tangle up with new plotlines.

I hope you’ll take a chance on Juniper and her adventures, even if the mermaids go missing for a while, and see if you think it all holds together. To help you out, my publisher is releasing a discounted box set of the entire Juniper Sawfeather Trilogy – cheaper than getting them individually. I also have new short stories featuring Juniper in two anthologies. You can learn about all of that at my website www.dgdriver.com/my-books.html

She is a multi-award winning author of novels for children and young adults.

She loves to write about diverse characters dealing with social or environmental issues.

In addition to her award-winning eco-fiction fantasy series the Juniper Sawfeather Trilogy, she has published a book about autism acceptance and bullying titled No One Needed to Know, and a sweet YA romance about the power of handwritten letters called Passing Notes.

She is a teacher that lives near Nashville and also enjoys performing in local theater productions. 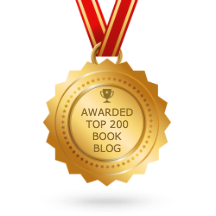